We are committed to raising money for local charities through a range of events and fun games which are held throughout the year.

The majority of our raised funds in 2019 were given to the local Alzheimer and Dementia Action Alliance. Increasingly we are finding that our members, supporters and families lives are being directly or indirectly affected by this disease.

On Club day Monday 17th June 2019, we held our own Alzheimer’s cupcake day.
Instead of having biscuits with our cup of tea we  asked for donations towards a
cup cake, or to bake or fake (buy!) some cupcakes to donate to this worthy charity.
Resulting from this; a huge ‘thank you” to everyone who baked, donated or
supported this and helped us to raise the magnificent sum of
£282.60.

Money was also raised during the season from our “fines” for bowling the wrong bias and  on Captain’s Day when we had a ‘Spider’ competition and a delicious cream tea. 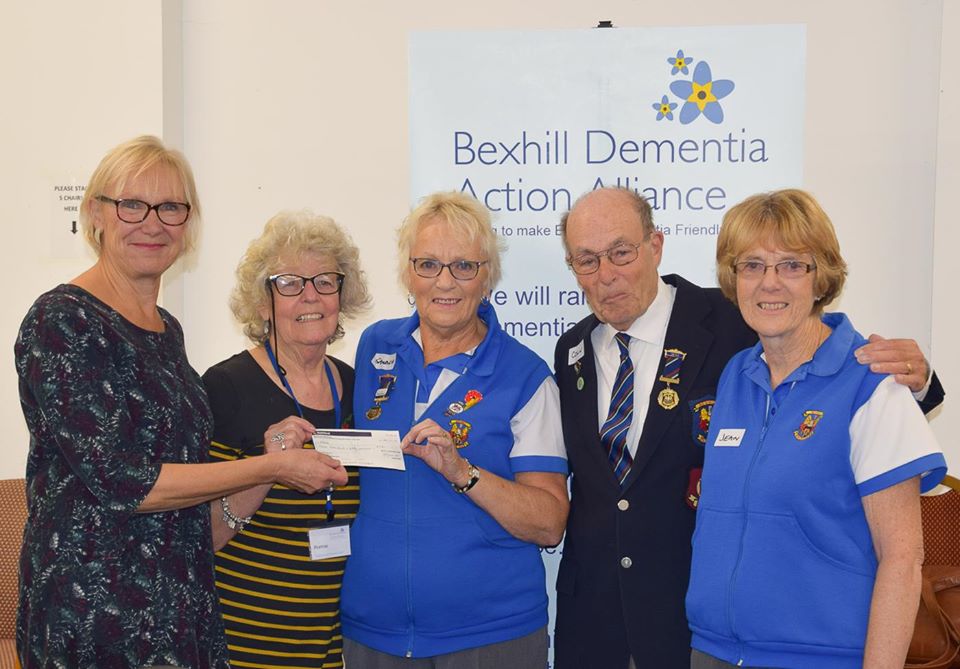 At the end of the season, Sandra Willis, Colin Taylor and Jean Blatchley from the Bexhill Bowls Group presented Sally Hemmings and Ronnie Oxshott with a cheque for £350 for Bexhill Dementia Action Alliance.

Sally and Ronnie commented “We had a wonderful session of singing and dancing and the Bowls club representatives could see how their monies will be used to fund our projects, such as the Singing Down Memory Lane. Our heartfelt thanks go out to all members of the Bexhill Bowls Group who make this possible.”

We received this letter from the Bexhill Dementia Action
Alliance. 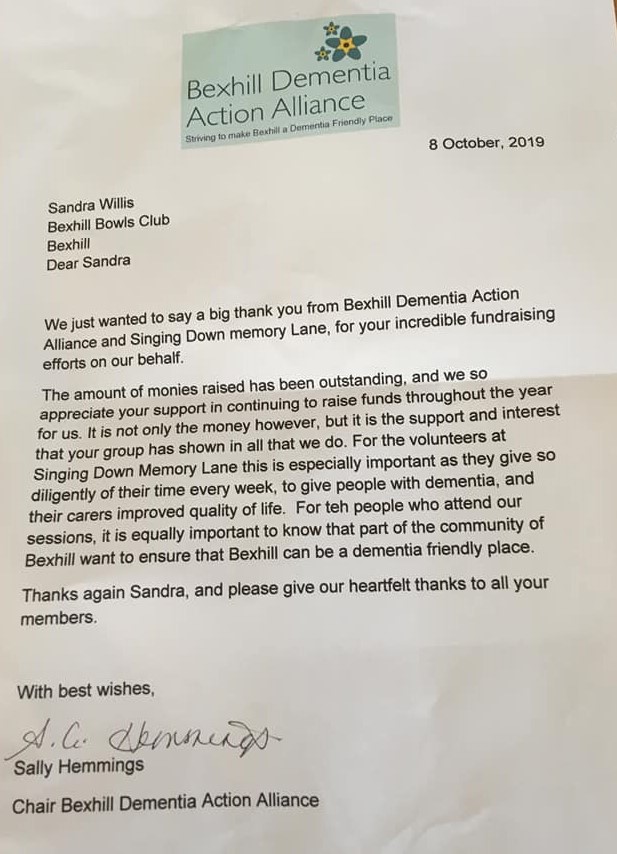 Congratulations to everyone and it’s so lovely to know we are making a
difference.

Here’s a note from John:

“The Bexhill Dementia Action Group were very pleased to receive the Chocolate Drive cheque for £223.60 when I delivered it today – even got a round of applause!”

We are delighted to confirm that our club will  continue to support Bexhill
Dementia Action Alliance throughout the forthcoming season. 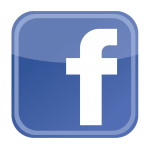 Keep up to date with all the latest Bexhill Bowling News by joining our Facebook page. Click on the logo to be re-directed.